"What is wrong with me? Do I have a double chin? A third eye? One boob bigger than the other? What?" Angela Carson threw her purse onto the nearby table in the Big Island Dive shop and collapsed into the worn leather chair patched with duct tape.

Lexie Hale, her best friend since moving to Kona and manager of the shop, glanced up from her perch behind the register. "Run that by me again?"

"What happened with the new guy?"

"Nothing. Three dinner dates, two movie nights, and one tepid good night kiss. Not that I want the man to ravish me, but would it be asking too much to have him show a little more interest?"

"I mean really. At this rate I'll be pushing forty with no chance for making babies."

"And to make matters worse," Angela rambled on like a senator taking the floor to filibuster, "when he said goodnight, he didn't say a word about calling me."

"Don't I deserve a lousy phone call?" For the first time since she began her self-pitying tirade, Angela noticed Lexie's hand on her hip and her lips pressed tightly closed. "Sorry, did you want to say something?"

"You deserve better than a guy who makes coconut jewelry and moonlights as a luau dancer."

"Maybe." Her cheeks flushed warm at the memory of the first time she laid eyes on the guy. Swallowing the grin threatening to take over her face, Angela shrugged a shoulder at her friend. "But you've gotta admit he looks damn fine without a shirt."

"If you can ignore he wears a grass skirt. You need to spend more time with me on the boats. After a while you grow immune to the bare male chest."

"I don't know that I want to become immune to the bare male anything."

"I suppose not if you ever want to practice making those babies."

Letting her head drop back on the oversized chair, Angela resisted groaning like a frustrated schoolgirl and settled for an immature whine. "I don't want to practice. I want to make babies."

"There's time. You'll be twenty-nine in a few weeks. That is not almost thirty."

"It is compared to twenty-one."

The opening door chimed overhead. Crew from the Kona Queen carried in a load of scuba gear, offering nods and greetings as they marched past Angela.

Billy Everrett, the business end of the dive shop, emerged from his office cave, falling into step with his partner. "How'd it go?"

"Another day in paradise." Nick Harper nodded at the ladies and set down two empty tanks. "Folks from Denver were thrilled to see a couple of turtles, and the snorkelers from Atlanta went camera happy when the dolphins came out to play."

One by one, the shirtless divers walked back and forth past Lexie and Angela carrying wetsuits and other paraphernalia that Angela should have been able to name, but couldn't.

One of the dive guides stopped at the register. "Are you two just going to take up space, or are you going to give us a hand?"

"What's the matter?" Billy called from three steps behind him. "You not man enough to carry a few empty tanks?"

"Not everyone wants to work twenty-four seven like you," the bare-chested diver shot back.

"Maybe he needs a girl to do his job?" Nick tossed over his shoulder.

"Hey!" Lexie called out. "I hauled this shit in alone yesterday while you guys were off fooling around."

Billy pulled to his full height. "We were meeting with the contractors over some final details for the new dive pool. It couldn't be helped."

"Uh huh." Lexie shot the boys a cheesy Cheshire smile. The kind that showed off the deep-set dimples in each cheek. "You stick with that story."

How much easier life would be if Angela had been born a long, lean blonde with shapely legs and cleavage. Not that she begrudged Lexie her gorgeous looks, but some days being an average brunette with average brown eyes and an average B cup really sucked.

Walking in the same direction the men had just taken, Angela scanned the photos along the wall. Rarely when she stopped at the shop to meet her friend or to tag along on a boat ride did Angela venture this far back near the partner's office and the gallery of photographs. Over thirty years of Big Island Dive shop history hung on ten feet of wall. "I love this one."

Nick and Billy wore cammie pants, their khaki T-shirts drenched with sweat. It had been taken somewhere in the desert. She could see the ocean of barren white sand in the background and knew it was most definitely not anywhere near the black-sanded beaches of the Big Island. Despite the dangerous politics and the foreign location, the two men sported grins wide enough to span the Nile.

Lexie moved beside her. "That's my favorite picture, too."

Without noticing, Angela had slowly walked closer to the photograph.

Having wasted two years of her life infatuated with Nick Harper, she knew the guy was drop-dead handsome with a smile that could knock a woman off her feet from across the room. But she'd never paid much attention to the other half of the Big Island Dive shop—the former navy diver who no longer dived.

Billy had a build similar to Nick's. Broad shoulders. Strong muscles. Both stood around six foot. Billy looked to be about an inch taller. Where Nick's eyes twinkled a sky blue, Billy's eyes were dark as a Kona coffee bean. Skin bronzed by the sun, it was his dirty blonde hair that gave any hint he was not one hundred percent island native.

How had she missed that smile? Maybe because the man rarely left the confines of his office, and when he did, he was all business. Not much smiling. From what she could see about Nick, serving his country hadn't changed him any. He still had that spry spark in his eyes. But Angela wished she could have known the younger Billy Everrett grinning madly for the camera.

"You're doing it again."

Angela looked down to her side. She'd gotten so used to the occasional jabs of discomfort that she didn't even realize when she'd gently start rubbing her side to ease the pain. "Yeah. I'm fine."

"You are not fine--you need to see a doctor."

"I'm telling you, I'm fine. I've always had trouble with aches and pains when it's getting close to that time of the month. It's nothing."

"I don't know. I've seen you popping those ibuprofens more and more. I can see the hurt in your eyes. Remember last month? You could barely stand after the movie. And when you finally did you were so wobbly on your feet you had to spend the night."

"Lexie, did you have a chance to pick up the sample junior program flyers from the printer?" Billy strode from the back, up the hallway to the shop.

As Lexie walked away, Angela heard her muffled response. She could hear Billy's voice, but couldn't make out his words. In an instant the annoying discomfort in her side had heated to a searing stab that had her nearly blind with pain.

Two hulking forms that she felt pretty sure were Billy with Nick on his heels approached her. Squeezing her eyes, she tried to ignore the pain. Clear her vision.

Sounding as though he were speaking from under water, Angela thought Billy asked, "Arree yoou oookaaaay?"

She would be, as soon as someone docked the boat so she could get off. Only she wasn't on a rocking boat. She was at the shop. And her insides were squeezing and twisting around, trying to crawl out the nearest exit.

Aspirin. She needed aspirin. Lexie would find her some aspirin. Angela just had to ask. Which meant open her mouth and form some word other than a scream. She could do this. She tried to focus on the strong hands reaching forward, or were they pulling away? Have to stop the pain was her only thought as the world went black.

Holy Shit. Billy had barely made it from the hall to where Angela stood in time to catch her. One second the pretty brunette was staring at the photos on the wall, and the next she'd turned white as desert sand. He'd recognized the glazed look in her eyes and bolted her way just as her knees folded beneath her and she collapsed into his arms.

"What the hell happened?" Scooping her up, he hurried to his office and laid the dead weight in his arms on the sofa.

Navy training kicked in. Pulse thready. Breath shallow. At least she didn't need CPR. Yet. "Call 911!" he shouted to Lexie. " And get me a cool rag. Did she take something we should know about?"

"Of course not!" Already turning to do as ordered, Lexie paused, her response strong and angry. And offended. He'd like to believe her. He'd always thought Angela to be a nice girl. One of those girls oblivious to their own appeal, making that sweetness so much damn more attractive. But sometimes even the best of friends keep secrets.

Wet washcloth in hand, Lexie came running back into the office. "She didn't take anything."

Billy knew the concern painted on Lexie's face mirrored that of every person who'd seen Angela collapse. But worry and a cool washrag wouldn't be enough. Lightly, he slapped at her cheeks. "Angela, can you hear me?"

Nothing. Damn, he wished he knew what she was on. Booze, pills. What?

Hands shaking, Lexie leaned closer. "She's been having trouble with that time of the month."

"Are you shitting me?" Billy knew lots of women. Hell, he had a mother and three sisters to add to the brigade of females who had passed through his former life. None had ever had cramps so bad they keeled over in pain. No. He wasn't buying it. He slapped a little harder. "Come on, Angela."

A soft moan filtered past his words. Billy glanced down to see her face twisted in pain as she curled into a ball. Not what he'd expected. Maybe there was some truth to what Lexie had said about Angela having her period. Maybe she was still that sweet girl he thought her to be. But this much pain was no ordinary that-time-of-the-month take-some-Pamprin pain. "Where's the ambulance?" he shouted.

Lexie turned on her heel when Nick came barreling through the door. "Ambulance is on its way."

"You need to see a damn doctor." Lexie spat through teeth clenched hard enough to chip a tooth. "If this is the only way--"

"No hospital." The tighter she curled into herself, the more she leaned against Billy.

Her head barely moved once in each direction before dropping heavily against his arm. "God, it hurts."

"Help's on the way." His free hand stroked her hair as though he could simply comb away the suffering. It was no surprise that her face remained pinched in agony. Billy understood the pain. Felt it. Not in his gut, but in his leg. And just about every joint that still remembered being jerked about by the explosive backlash. Sharp and blinding.

At least Angela could count on one thing—when they released her from the hospital, she'd still have two legs. 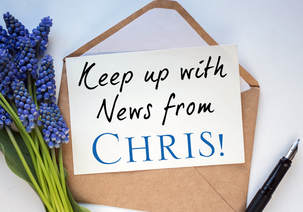